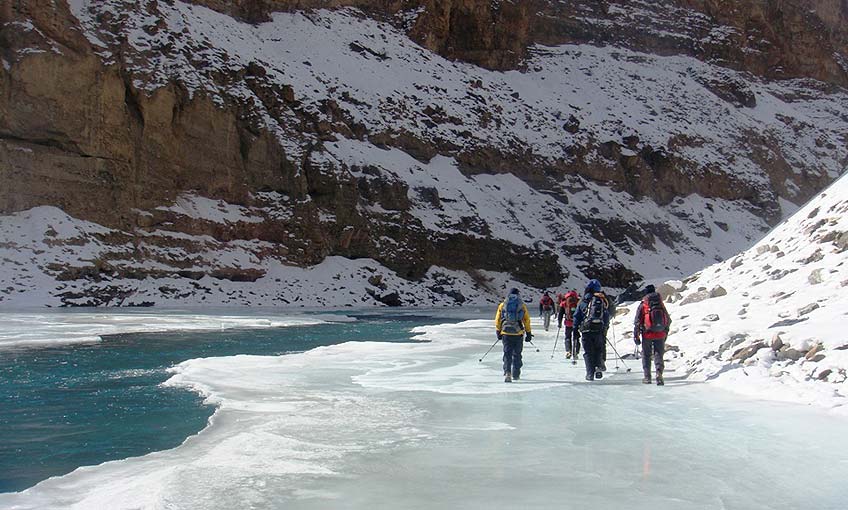 Day 1 : Travel from Delhi to Leh by air. All guests are advised to rest for the entire day. A successful trek in Ladakh requires you to acclimatize well.

Day 2 : This day is meant to provide an opportunity to get a feel of the place. Guests will be driven to the Leh Palace, which houses old relics that belong to the sixteenth century ruler of Ladak. Later in the day a trip to the monasteries at Shey, Thiksey and Hemis will also be arranged.

Day 3 : Likir to Yangthang across Phobe La (9 kms/4 to 5 hrs.)
Morning after breakfast you will be driven by taxi to Likir which is just 58 kms. away. Likir Village (3650 mts.) is the starting point of our trek. Although the distance is short, the route is warm, without any shade or water and we need to traverse two passes. From Likir the route heads west up to Phobe La (3580m) and beyond this lies Sumdo village. The trail goes steadily upwards till you get to Chagatse La (3630m). Across the pass is the village of Yangthang (3630m) where we camp for the night, next to a stream. The Ridzong Monastery lies about an hour south of Yangthang.

Day 4 : Yangthang to Hemis Shukpachen across Tsermangchen La (8 kms.; 2/3 hours)
Today is an easy walk despite the pass because both the approach and the descent are of gentle gradients. The trail heads north, descending for a bit, crossing a stream before climbing up west again to Tsermangchen La (3750m). After a short rest at the pass we head down to Hemis Shukpachen. The village, named after the grove of cedars, is one of Ladakh’s prettiest. There are several sparkling streams surrounded by shady willows and large barley fields that provide a touch of green to the otherwise desolate, rocky mountains.

Day 5 : Hemis Shukpachen to Ang across Mebtak La (10 kms.; 3 hrs)
Again this is a fairly easy day. The trail goes upward between two hillocks west of the village upwards until it veers south and climbs steeply up to the Mebtak La (3750m) marked by prayer flags. From the pass we head down the gorge to Ang, a charming village with apricot orchards, where we camp for the night.

Day 6 : Ang to Temisgam and Nurla (8 km; 3 hrs.)
Today is the last day and very easy as it’s downhill all the way on to the main road. From Temisgam there would be a taxi waiting to take back everyone to Leh.

Day 7 : Departure
Depart for Delhi by the morning flight.

And let the rest to us.. 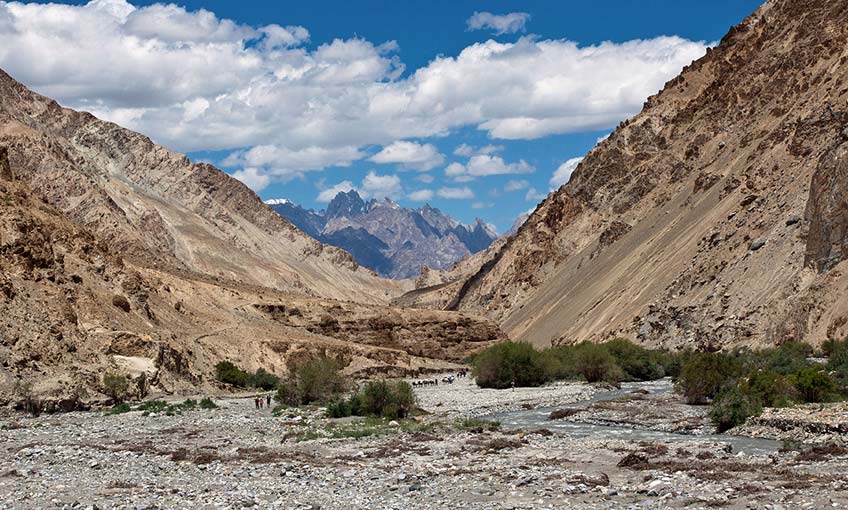 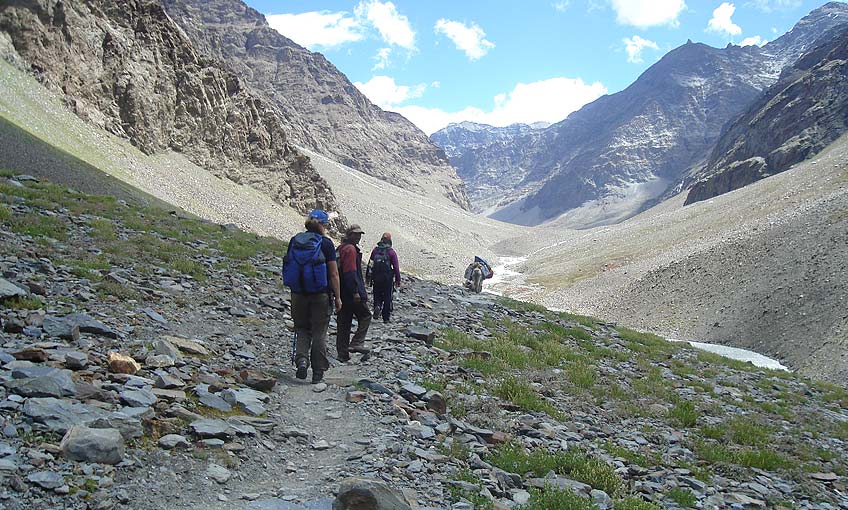 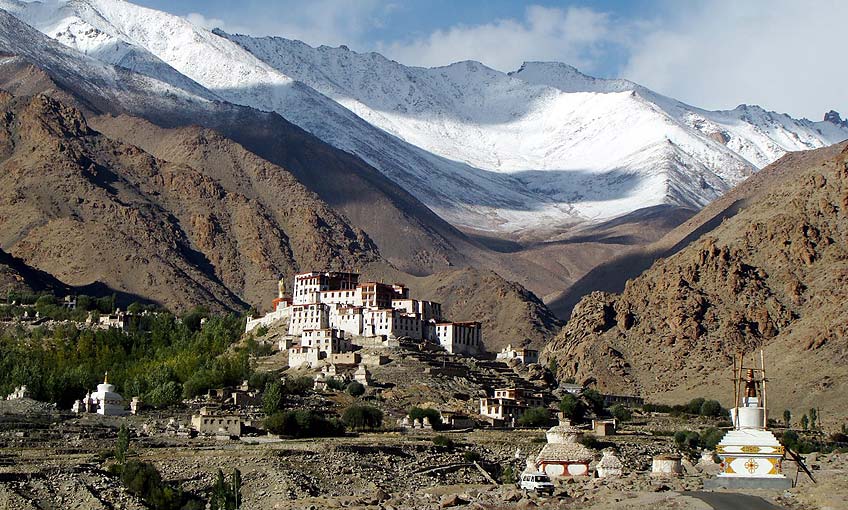 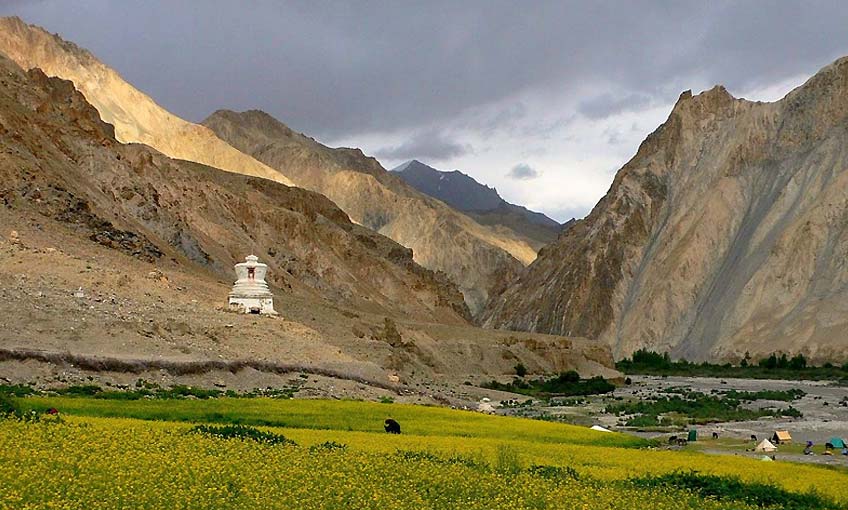